Many of you may be wondering what it is that I'm doing in Norway. Just what exactly is Camphill? For those of you, who already know about the Camphill movement, you may want to skip ahead.... but for those who are curious, please read on. 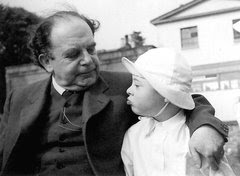 Camphill communities were founded by Karl Koenig (left), an Austrian physician, who fled his native country during WWII from the Nazis. He settled in Aberdeen, Scotland with a group of physicians, artists, and caregivers in 1939 and established a community for people with special needs. Influenced greatly by the German philosopher, Rudolf Steiner (below), who developed anthroposophy, Koenig's community focused on the abilities of individuals rather than their disabilities. 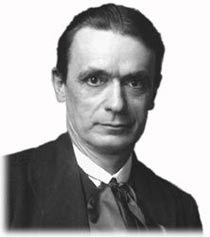 I found out about Camphill communities serendipitously at the end of my 4th year in college in a book that a friend had, titled "Interesting Things to Do After College." I was drawn to the philosophy of the place as well as the therapeutic aspects of the communities, and I worked and lived at Camphill Blair Drummond (CBD) near Stirling in Scotland for 2 years. (Below is a picture of CBD from their website. The community is in a Victorian castle, and I must admit that the idea of living in a castle was a huge draw.... Wouldn't you be? Plus, I was young!) 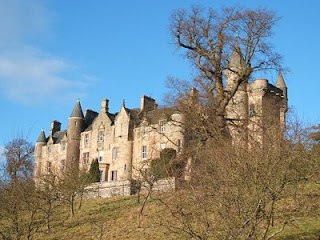 Now I'm back for more community-living: at Camphill Landsby Jøssåsen in Norway (below). 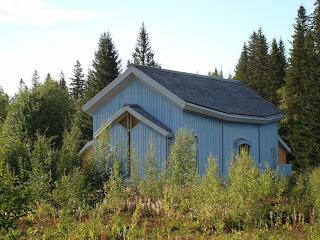 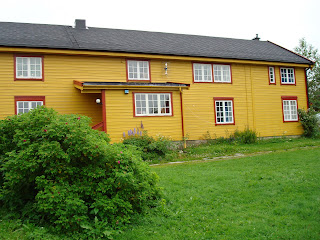 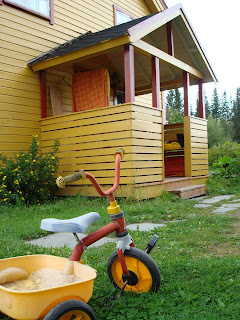 As mentioned earlier, Camphill communities are therapeutic communities, where each member of the community, workers and people with special needs or "villagers," contributes his or her own special gifts and talents. Initially when I went to (CBD), I thought I could somehow contribute my artistic skills as a sculptress, which I did in the basketry, weavery, and the pottery. I learned, however, you don't need a specific talent, just a lot of enthusiasm. If you enjoy cooking or cleaning or gardening and have great passion for them, these are skills that you can contribute to the community. Take me for instance: I didn't know how to milk cows before coming to Jøssåsen; I'm pretty much a city-girl, but I had a great deal of interest and enthusiasm for milking cows. I've always loved cows! Not sure why so don't ask, but.... Now that I can milk, I do my little part in the community by milking and providing fresh milk to our community every day. Hence through such contributions and cooperative living, the needs of every community member are met. This communal living facilitates close personal relationships (sometimes maybe a little too close for comfort), in which workers and villagers, alike, teach and learn from each other through mutual interactions.

There are about 100 Camphill communities world-wide, mainly in Europe, but also in North America (US & Canada), Africa (Botswana & South Africa), Russia and India. The workers at Camphill are usually nonsalaried. I receive a small amount of pocket money each month, which is just enough for me to do things on my days off. I believe the communities in the UK and Norway are mostly funded by the government, but I don't know a whole lot on this subject so I'm going to avoid it. Sorry! If any of you know more about this, please chime in, I'd like to know more. And here's a website for Camphill communities worldwide, if you are still intrigued.

So there you go! That's Camphill in a nutshell. 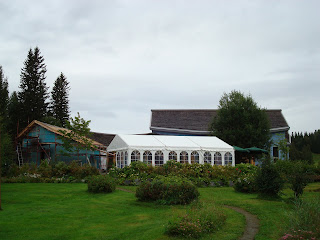 Founded in 1978, Jøssåsen just celebrated its 30th anniversary. (Tent was set up outside of Yggdrasil Hall for a week-long celebration.) 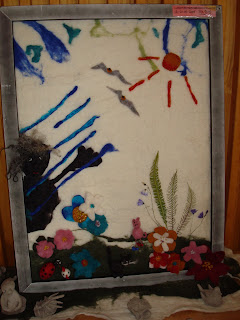 Celebration started with the Villagers' Seminar, where there were interactive lectures on Norse Mythology--from what I could gather, from little Norwegian I know--about Thor and thunder and hammer and Freyja and something, something, something.... Above picture and sculptures were made in different workshops that were held for villagers from Camphills all over Norway. 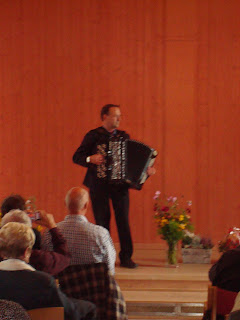 Then there was the actual anniversary celebration where lots of speeches about Jøssåsen were given by people who have been a part of the community in the past and/or are still a big part of the place. A man even played a lovely song on his accordion, and people began to sing along. It was really a sweet moment. We also had something in store for the guests. A play about Askeladd was showcased. I escaped from taking part in the play, which I am so thankful for since I don't like to be on stage, but I tried to document the play as well as I could by taking lots of photos. 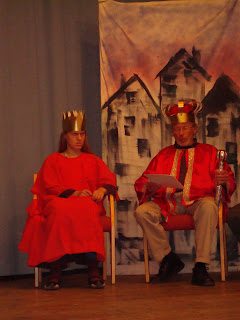 The king promises land and his daughter to anyone who can complete the challenges that he presents. 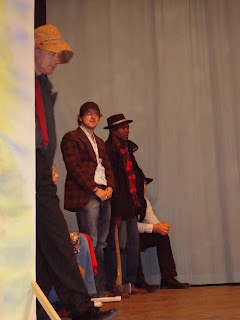 Askeladd and his brothers attempt to obtain the princess. 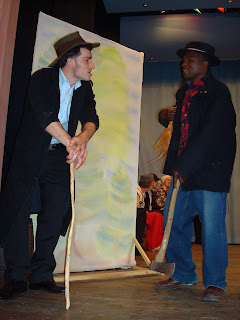 The old man in the forest has the means of helping the brothers achieve their goals. 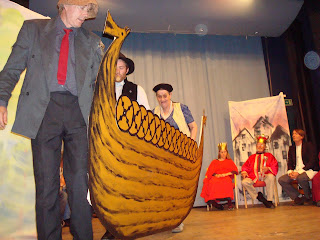 With the help of the old man, Askeladd gets a boat that can fly over the land and sail the ocean. On his journey to the king, he picks up many friends with different talents along the way. 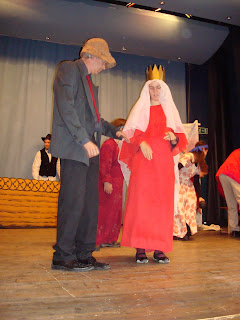 With the help of his friends, Askeladd is able to win the princess! Yay!

To end the week-long celebration, Jøssåsen Olympics were held for the first time. Villagers from all over Norway came and participated. It was a lot of fun, and the weather was gorgeous to boot! 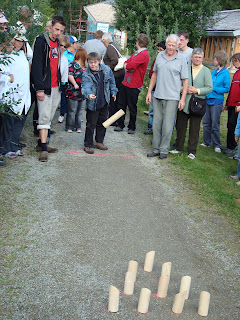 Many events were held, such as bowling... 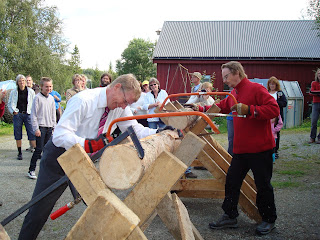 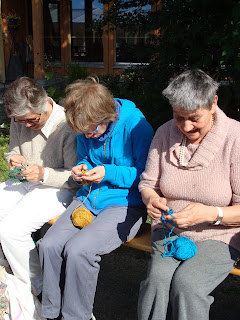 and knitting. Everyone did a fantastic job, and we closed the week by dancing to music performed by Fritt Farm. It was a blast!

Photos of Karl Koenig & Rudolf Steiner and Camphill logo are from the internet.

I feel a bit like a stalker commenting to all your blog all the time :P. Did you already do a post on a typical day in the life of Jiyeon? I think that would be interesting. I had no idea that the place you worked in Scotland was similar to where you work now!

Great blog, interesting story. One slight correction: in Picture 1 Karl König is actually on the left...