If I had any preconception of what Norway would be like, it is just the way Norway is now a days with lots of beautiful white snow.

Gone are the flowers 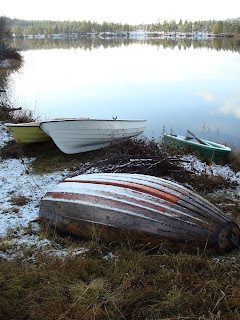 and the bright colors of the fall.... 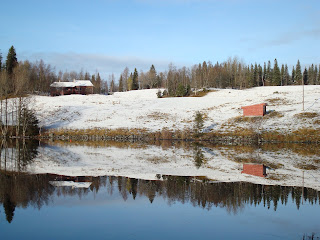 Everything has turned white... 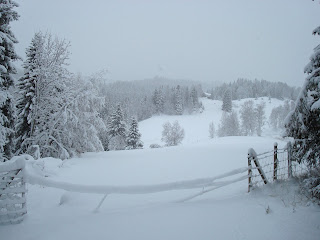 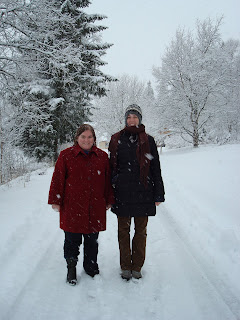 When Allison and Tracy came to visit, they were welcomed with lots and lots of snow. We felt as if we were walking through Narnia under the spell of the White Witch. 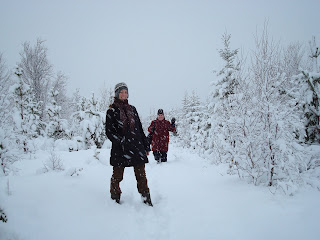 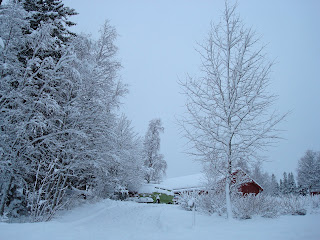 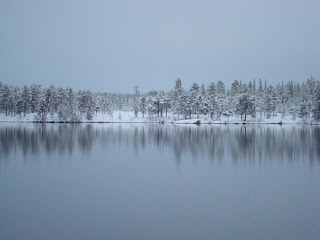 The trees around the lake were all covered with snow and looked perfectly picturesque as if they have been sprayed with fake snow except it was covered by genuine Norwegian snow. 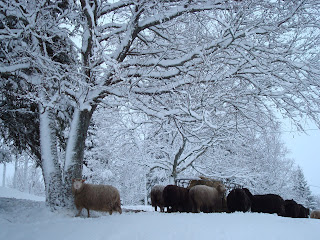 The grass that the sheep so enjoy grazing is covered by snow and no longer visible. 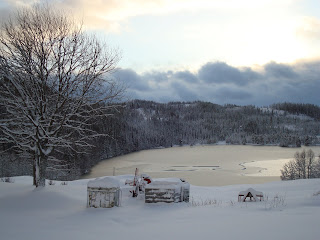 And the lake slowly began to freeze. 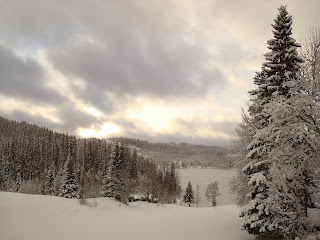 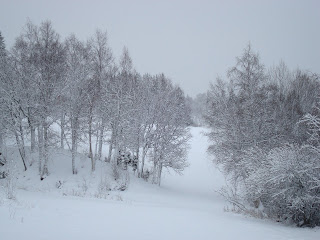 Norway is a true Winter Wonderland!
Posted by jiyeon on Sunday, December 07, 2008