In the summer when I newly arrived in Norway, I was absolutely fascinated by the long days of seemingly eternal sun. I've even stayed up all night taking photos of the night sky. Five months have passed since, and the days have been getting shorter and shorter each day. Winter solstice is finally here today, with sunrise at 10:01am and sunset at 2:31pm. With such a short winter day, I took on another photo project, documenting the shortest day of the year (as once suggested by a friend). 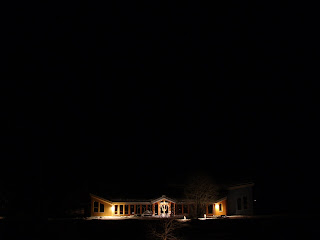 7:00am
I began the project at 7am, and it was pretty much pitch dark. Even at 8am (below) you could see stars scattered all over the sky. If you blow up the picture below, I swear there are stars! 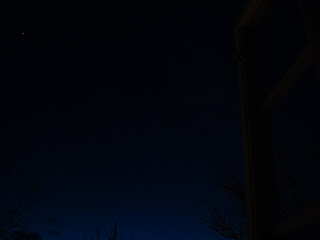 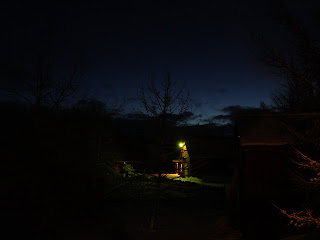 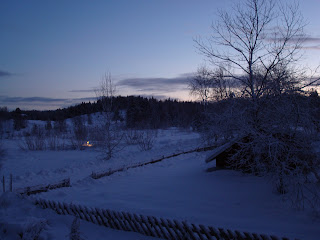 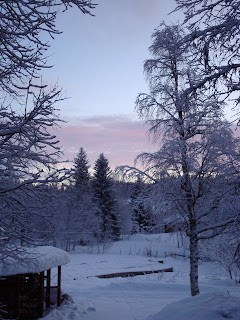 Instead of the sun, the moon is pretty much visible in the sky all day long. 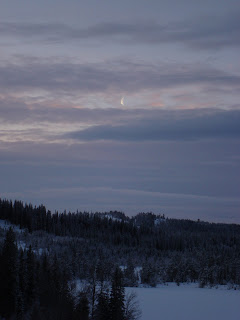 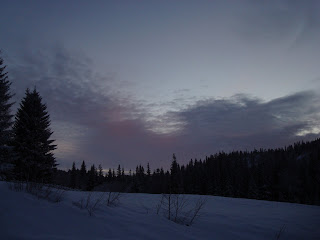 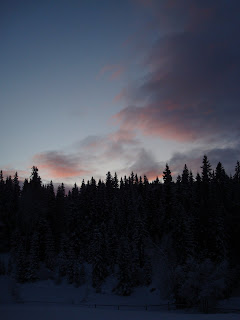 The sun is theoretically supposed to rise at 10:01am, but because we are in the mountains, that time varies, and we don't see the sun until a bit later.

To take advantage of the sun, Anne, Daniel, and I decided to go on a snow shoe tour around Jøssåsen today. 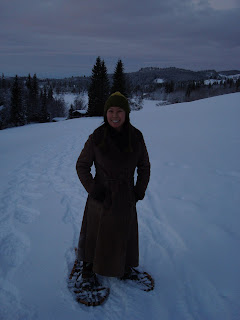 Here I am, looking like a little Eskimo with old school snow shoes. I bet you couldn't find snow shoes like these any more. I saw some at a sporting goods store the other day, and they were so high tech-looking, with aluminum frames and all. Too fancy, if you ask me. I prefer our antique snow shoes. 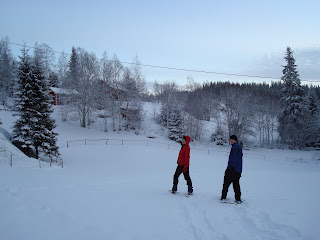 Anne and Daniel walk ahead of me while I busily take pictures along the way. 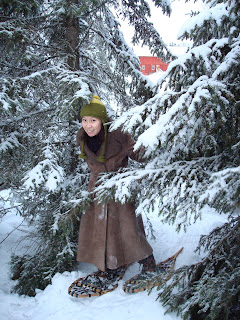 Anne thinks I look like a little troll in this picture. Do I really? 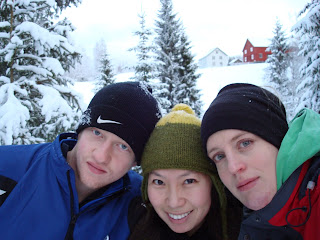 Me with Superaffengeil Papa Daniel and my Partner-in-Crime, Anne, soaking up the sun and getting some endorphins while exploring the forest with our awesome snow shoes. 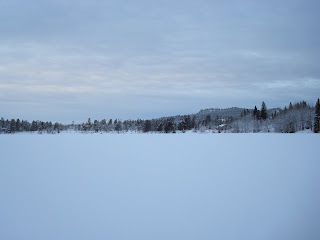 We are by the lake, a familiar place, after trekking around for an hour in the snowy wonderland. 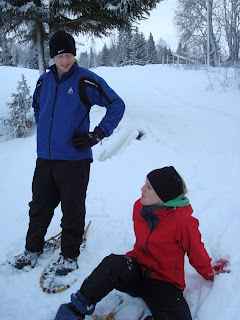 Anne takes a much needed rest on the snow. 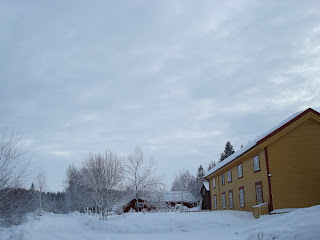 I am back in Nergarden just in time for some yummy brunch! It got cloudy, and the sun is nowhere to be seen... 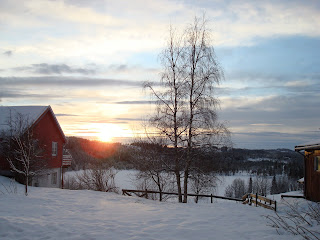 ...until about an hour later, when it makes its much desired appearance. 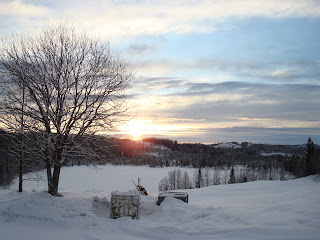 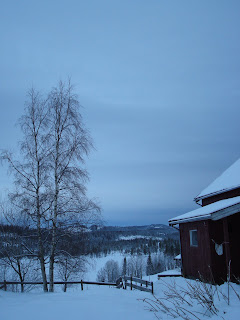 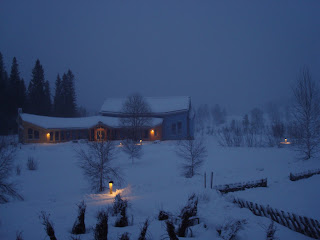 We are showered with fluffy white snow, and yes, the sun is gone. Even if the clouds cleared, there would be no sun.

Unfortunately, I missed taking some photos at 4pm because I was slaving away in the kitchen, making beouf bourguignon with real red wine, which is extremely rare in Camphills and perhaps even more so at Camphills in Norway. 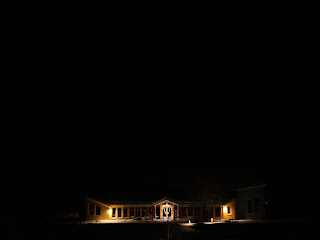 Does this picture look familiar? My day started with a similar photo from my window. 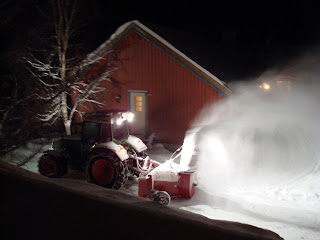 I intended to take pictures until 7pm, but I put a halt to that idea when I could capture nothing interesting in the dark, even with long exposures and a tripod. So the project ended at 6pm with this picture: tractor clearing snow. Woohoo!