During my weekend off, I went to see an ol' friend, Markus, who's been living and working in Stavanger for a little over 3 years. Markus is a German geologist whom I met a little over 12 years ago when I was working in Skagway, Alaska for the summer. I can hardly believe it was that long ago that we met. More unbelievable is the fact that we still keep in touch, and that we were able to meet up in Norway after all these years.... 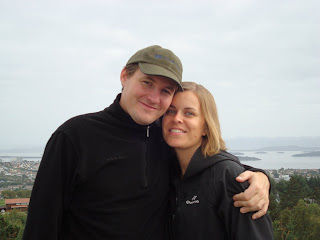 Markus and his girlfriend, Petrine, were kind enough to show me all around Stavanger. 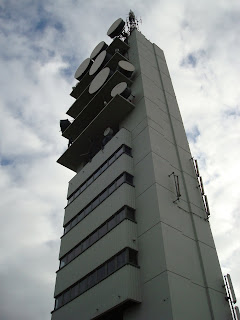 The first stop we made was the radio tower, where we could get a great view of Stavanger and the surrounding areas. Stavanger is uniquely situated unlike most cities in Norway, with coastal plains to the south and mountain ranges along the fjords to the north. 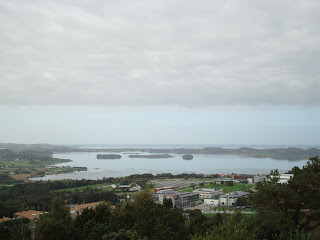 Flat plains to the south. 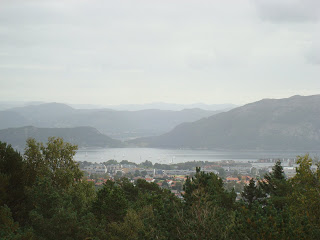 Mountainous fjords to the north, which is quite typical of Norwegian landscape.

After getting an overview of the area, we drove south towards the beach. The beach reminded me of the beaches in the Northern Jutland of Denmark. According to Markus and Petrine, there aren't beaches like this anywhere else in Norway, except northernmost parts of Norway. 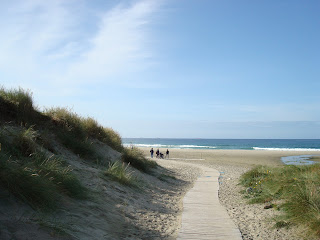 And like any good beaches with big waves, there were surfers. Who would've thought that there would be a surfer town in Norway, huh? Go figure.... 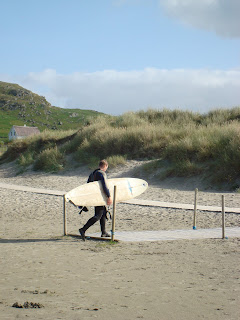 After walking on the beach and relaxing to the sound of the waves, we headed towards Hå gamle prestegard. Along our drive, we came to a vegetable stand by a farm. No one was manning the little stand with freshly picked vegetables. It was all based on an honor system; you take the vegetables you want and place your money in a little metal box. I thought that was really nice. 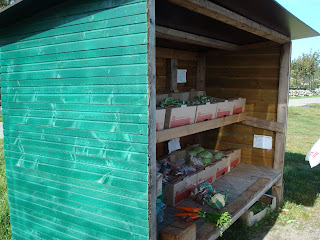 Below is Hå gamle prestegard. There used to be a Stone Age settlement at Hå, and the mounds in the picture are burial mounds from approximately 500-800 AD. 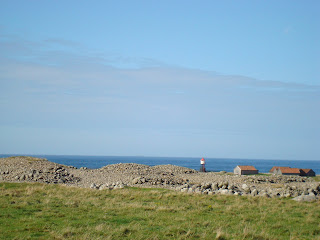 The view of the coast from Hå was pretty incredible. 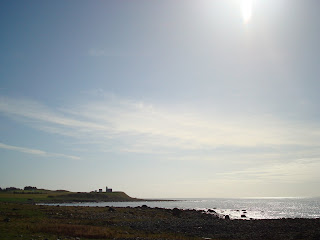 We had a nice cup of tea with organic chocolate muffins at Hå then moved to another scenic area.... 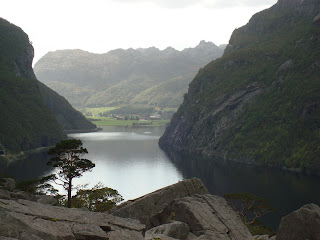 ...Gloppedalsura. It's a natural dam (in the foreground) that formed as the glacier melted and the boulders the size of trucks fell, blocking the Hunnedal River and forming a lake, Byrkjedalsgryta. It's a pretty magnificent thing. Gloppedalsura reminded me how powerful forces of nature can be. 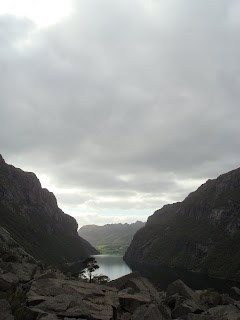 If you think my day trip ended there, think again. We went on a mini-hike to Månafossen. The trail up to the waterfall was very steep and quite reminiscent of the Chilkoot trail in Skagway, Alaska. Here's a picture of me and my ol' buddy, Markus. 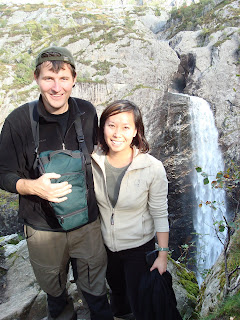 The hike pretty much wrapped up our day of sight-seeing. It's amazing that I got to see all that I did in one day. 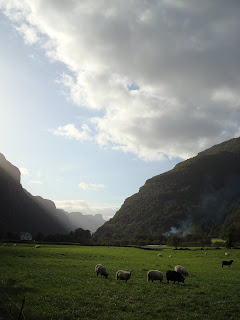 As we were leaving the waterfall, we drove through a valley, and the sun ray over the tips of the mountain looked so amazing that we had to stop and take some photos. Norway really is every bit as beautiful as you imagine it to be. Really. 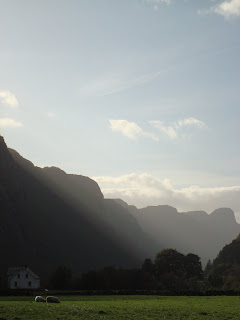 Below is Frafjord, where most of the places we went to were located near. 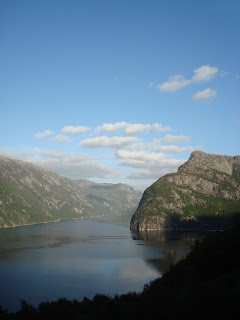 Day 2 of my trip was a bit more relaxing. We went through an underwater tunnel connecting to a small island where Utstein Kloster is located. It's a beautiful abbey and it is mentioned in historical records, dating back to the 9th century. They say the place is haunted, apparently by a woman, who is angry with her lover, who promised to never marry when she died but, of course, did. Nice story although I don't know that I believe it, especially since I didn't see any ghosts. 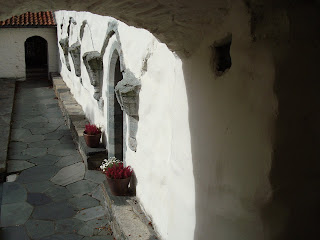 We had nice coffee and cake at the abbey and then went to another place to have waffles. Yes, Sunday was day of eating lovely sweets. 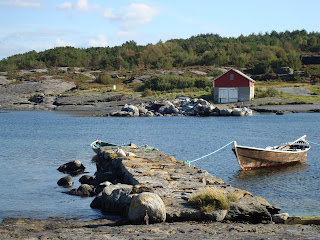 I had a great time in Stavanger. The city is nice and quaint, and the surrounding areas are just amazing. I fell in love with the place immediately, and if an opportunity comes up, I may just move to Stavanger permanently.