In the Camphill tradition, autumn starts with Michaelmas. There's the harvesting of the vegetables. We picked potatoes in our field here at Jøssåsen. They were picked on my day off so I didn't get to take part in the festivities, but I went down to the field to take some pictures. 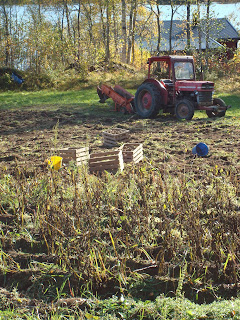 First the tractor goes over the field so that it's easier to pick out the potatoes from the ground. 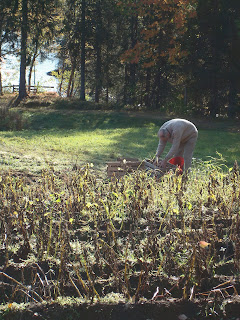 Here is Ernst picking potatoes that were left behind by the villagers. Gabi is brining a crate for us to put the potatoes in. We now have enough potatoes to last us the whole year!

Michaelmas was celebrated at a neighboring Camphill, Kristoffertunet. They started the celebration with an outdoor play. 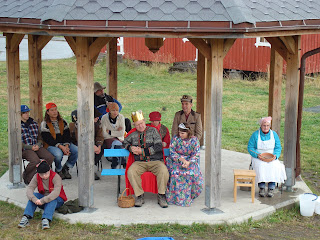 Then we had to test our courage by going around and doing a certain task like archery. 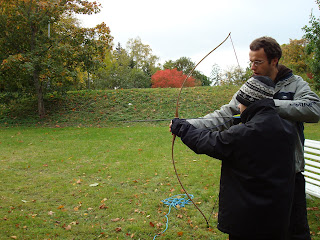 Once our tasks were accomplished, we were knighted by the king for being so courageous. 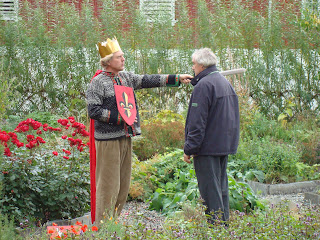 After being knighted, we gathered in the barn to have our Michaelmas meal made from the harvested vegetables. The table was long enough to seat about 100 people (just like how it was at Camphill Blair Drummond in Scotland). 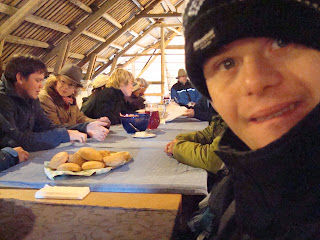 After the meal, there were games for the co-workers to participate in. Here are Lukas and Martina doing a 3-legged ski race. If you thought 3-legged races were hard, you should try it with skis. 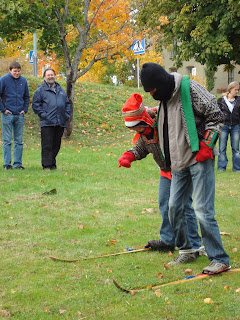 I love autumn, especially because of the colors of the season. All around Jøssåsen, trees were turning colors, and I went for walks a lot--with my camera always by my side. Here are some pictures from around Jøssåsen: 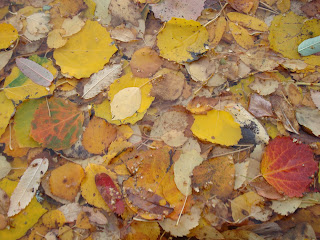 Autumn leaves floating on the lake. 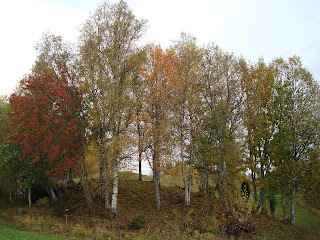 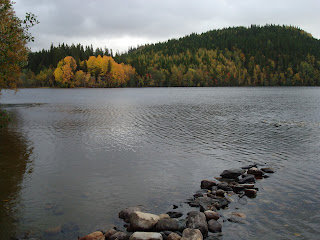 A melancholic day around the lake. 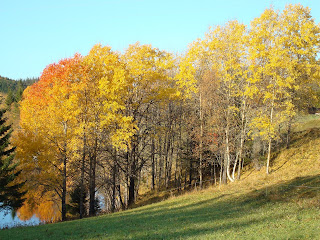 On a sunnier, brighter autumn day. 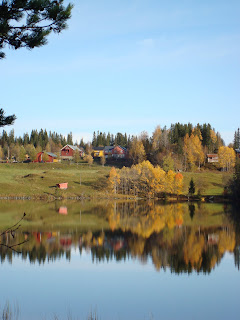 Isn't it so beautiful? 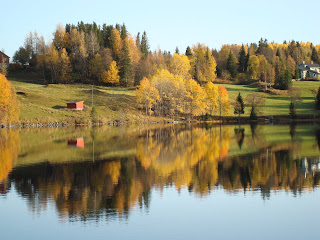 I love the colors of the fall. 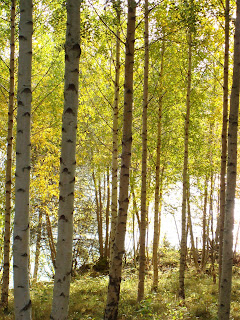 The birches always look so picturesque. 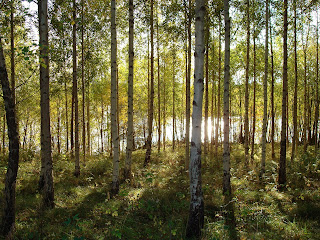 And have you ever seen such intense yellow leaves? 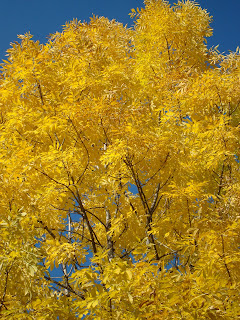 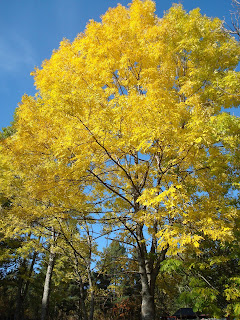 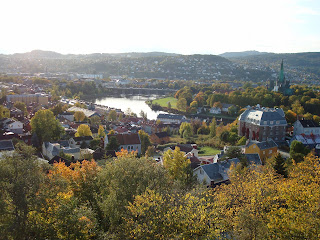 Too bad the colors won't last long. The leaves have already fallen, and most trees are bare these days.... Anne is enjoying the last bit of summer/autumn blueberries. They won't be here long. Winter is coming! 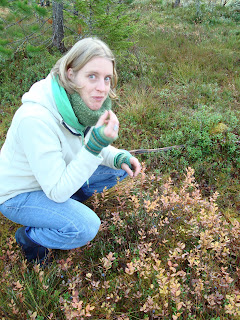